TV whitespace push to be model for the future -- Ofcom

TV whitespace push to be model for the future -- Ofcom

Ofcom sees TV whitespace as model for the future 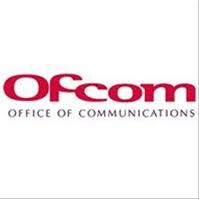 DYNAMIC SPECTRUM ALLIANCE GLOBAL SUMMIT, PHILIPPINES: UK telecoms regulator Ofcom is focused on spectrum sharing to address the shortage of available spectrum, but its primary goal is to prove that dynamic access works and use it as a model for the future in other bands.

Rachel Clark, Ofcom’s director of spectrum policy, said during a presentation at the summit here in Manila that the objective is not to get tons of users but to get something working – and is starting with TV whitespace.

Asked if Ofcom will ever stop protecting the incumbents, she emphatically said “no”. “But will we stop over protecting them, I hope we will. There are places where we know we’re over protecting, but that’s because we don’t know how not to overprotect, either because we don’t have the information or we don’t have the ability to deal with uncertainty about where the equipment is. In those areas I think we’ll be able to wind it back over time.”

She noted that progress has been slow – the TV whitespace push in the UK started seven years ago — and hasn’t progressed far in the actual delivery of spectrum sharing.

Clark, who joined Ofcom last September, said she is keen to learn how to use database dynamic access methods and how to apply the technology to make more efficient use of the country’s spectrum.

She admitted that it has been difficult to make the business case for TV whitespace in the UK and in Europe, noting that the UK is one of the few in the EU moving forward.

Whitespace success
Ira Keltz, FCC’s deputy chief of engineering and technology, countered by saying there’s no reason to doubt that using TV whitespace works, with many examples around the world proving that it does.

“There is more equipment in the pipeline and the databases are improving, which is giving confidence to users that it’s going to work,” he said.

Based on the US experience, he said it’s vital to have an open flow of information between all parties. He acknowledged there have been issues with databases from time to time, with some depending on the interpretation of broad rules. “You need to have a good dialogue with database administrators to ensure clean data.”

Broadcasters and PMSE (programme making and special events) users continue to be concerned about co-existence, Clark noted, but explained that Ofcom has made it very clear it won’t allow TV whitespace to harm the incumbents.

“We have some pretty complex algorithms to ensure it can co-exist with incumbents and will require devices to be automatic configurable.”

The problem is that there is no equipment that is auto configurable.

She said Ofcom definitely needs to talk to vendors more and engage with them in the regulatory process. “I don’t want to build a regulatory framework that no one uses – there is absolutely no point in that.”

Commenting on the complaint by the US National Association of Broadcasters (NAB) that the dynamic sharing database is not accurate, Keltz said the claim was exaggerated as much of the bad data was test data that just had to be updated.

The FCC started with a conservative approach to opening up access to spectrum, he said, because if the first implementation doesn’t work, then it sours things for the future.

Ofcom’s Clark agreed, pointing out the importance of demonstrating that it’s effective. “We don’t want to put ourselves in the position where everyone is looking at our attempt to use dynamic spectrum access, and they say it didn’t work, you got it wrong. We want it to be a success and work efficiently.”

FCC’s Keltz said the industry is on the verge of a new era of improved efficiency by using dynamic access techniques. There’s still a lot of work to do, he said, but there are many other opportunities for spectrum sharing, with 3.5GHz its next priority.

He agreed that there is a place for licensed and a place for unlicensed, but the industry needs to find right balance to ensure they can co-exist.

Flexible regulation that doesn’t lock anyone in, he said, is important to allow innovation that makes use of spectrum as efficiently as possible. “Unlicensed has proven in the past to be a great incubator of new possibilities.”