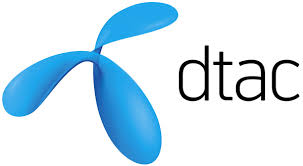 The company said intense competition continued to make “data monetisation” a challenge as users increasingly shift from voice to data.

The country’s second largest operator with a 29 per cent market share reported a profit of THB2.3 billion ($70.4 million) in Q1, while revenue inched up almost 2 per cent to THB22.88 billion.

Service revenue fell 3.6 per cent from a year ago to THB16.76 billion as data revenue growth couldn’t offset an 18 per cent fall in voice revenue. Handset revenue increased 35 per cent due to strong iPhone 6 sales.

Data revenue increased 13 per cent to THB7.45 billion from Q1 2014. Despite strong growth in data usage, the operator said its top-line growth was impacted by unlimited data packages offered to attract consumers using smartphones and the mobile internet, particularly in the prepaid segment.

Dtac now has 14.8 million data users, accounting for 52 per cent of its subscriber base. It closed the quarter with almost one million 4G users and expects to have 2.5 million by the end of the year.

The company plans to invest THB18-20 billion this year to enhance its 4G network and expand its 3G network to reach 95 per cent of the population.

For the full year it expects low single-digit growth in service revenue and its EBITDA margin to remain at last year’s level.