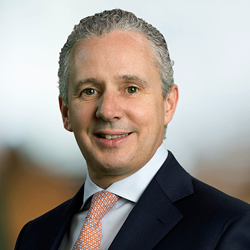 Australia’s largest mobile operator Telstra deployed its 100th base station and expanded coverage to 50,000 square km under a government programme designed to improve coverage in rural and remote regions.

Telstra committed to investing more than AUD486 million ($369 million) to install a total of 577 base stations under the mobile black spot programme, which aims to fill coverage gaps. The operator’s rollout is set to increase rapidly in the coming months and it expects to add more than 200 base stations in rural and regional locations before the end of the year, said Telstra CEO Andrew Penn (pictured).

Penn, indicating the scale of the deployment, said the coverage it already delivered would cover entire nations like Switzerland, Denmark or Costa Rica. “The improved coverage is increasing access to new technologies for key regional sectors like agriculture, transport, mining and tourism.”

Telstra also rolled out 34 of up to 250 4G data-only small cells to other communities to ensure more of rural and regional Australia can access fast connectivity, he said.

The black spot programme was announced in June 2015 and sees the government and operators investing AUD385 million in the first round to build 499 base stations in remote locations over three years.