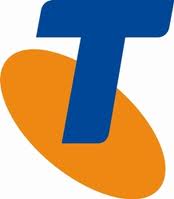 Telstra will expand the coverage area of its planned 4G trials on its newly-acquired 700MHz spectrum to more than 20 additional metropolitan and regional centres.

The trials kick off next week in six cities – including Sydney and Adelaide.

Commercial service on the 700MHz network will start at the beginning of next year and will initially cover a 3km radius in Sydney’s business districts and 50 other locations around the country.

A Telstra representative said the company is investing AUD1.3 billion ($1.2 billion) to add both 700MHz and 2.6GHz spectrum its 4G network, which together will support theoretical download speeds of 300Mp/s – double the peak speed of 150Mb/s on the upcoming 700MHz network.

Its 4G coverage is expected to each 90 per cent of the population by the end of next year.

Rival Vodafone Hutchison said last month it aims for its 4G network to cover 95 per cent of the country’s metropolitan population by the end of the year using its 850MHz spectrum. Its 4G network is now live in selected metro areas in nine cities.

The company is in the process of upgrading its core network and preparing for the launch of VoLTE trials later this year and a full commercial rollout early in 2015.

The upgrade is part of a five-year, multi-billion-dollar investment aimed at improving service quality to stay competitive as incumbent Telstra continues to gain market share (now at 53 per cent).

Vodafone’s share has dropped to 17 per cent from 20 per cent a year ago, according to GSMA Intelligence.