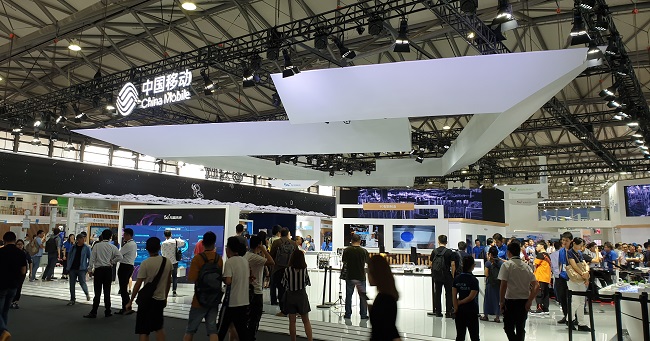 China Mobile faced downward pressure on its bottom-line in 2019, as mobile tariffs continued to slide and service revenue rose only modestly in the back half after declining in the opening six months.

The operator highlighted service revenue grew 2.6 per cent in the second half, after dropping 1.3 per cent H1.

In a statement, chairman Yang Jie said despite facing a challenging and complicated operating environment in 2019, measures taken to boost revenue, reduce costs, and enhance the quality and efficiency of its operations helped it “maintain leading profitability levels”.

More customers
The world’s largest operator added 45 million 4G subscribers, taking its total to 758 million. Its total customer base rose 2.7 per cent to 950 million. ARPU slipped 7.5 per cent to CNY49.10.

Mobile data traffic increased by 90.3 per cent, with the average usage per user reaching 6.7GB a month.

To fund its nationwide 5G network deployment, it earmarked an 8.3 per cent increase in capex for 2020 to CNY180 billion. Capex for 2019 was at the same level as the previous year.

Looking ahead, Yang said the company is working to mitigate the impact of the Covid-19 (coronavirus) epidemic, noting the outbreak is accelerating the trend for consumers and businesses to go online and use more digital and cloud-based services, which it aims to support through the continued upgrading of its networks.

The operator signed-up 15.4 million 5G customers as of end-February, with data usage growing 16.8 per cent and ARPU up 6.5 per cent compared with pre-migration levels.