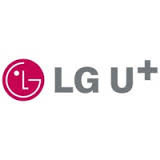 South Korea’s LG Uplus suffered a decline in both net income and revenue last year, as a sharp drop in handset revenue weighed down its overall business.

Revenue fell 3.9 per cent to KRW10.999 trillion. While service revenue increased 7 per cent to KRW8.379 trillion, handset revenue declined 27.7 per cent to KRW2.6 trillion, clearly demonstrating the impact of a new subsidy regulation introduced on 1 October, setting the ceiling at KRW350,000 ($322).

On the positive side, its operating expenses last year fell 4.4 per cent to KRW10.423 trillion (thanks in part to a 20 per cent fall in handset costs) and its EBITDA margin was up 2.7 points to 18.9 per cent. But its marketing expenses rose 14 per cent to KRW2.096 trillion, a result of increased competition pushing up subscriber acquisition costs.

Triple-play (IPTV, broadband and VoIP) customers jumped 9.2 per cent to 9.38 million, while triple-play revenue was up 10 per cent to KRW1.33 trillion.

Data revenue edged up slightly to KRW1.4 trillion. The operator also added 400,000 IPTV users for a total of 1.95 million, and broadband connections increased 3 per cent to over three million.

The company’s capex expanded 41 per cent to KRW2.211 trillion, with wireless investment accounting for 57 per cent of the total.