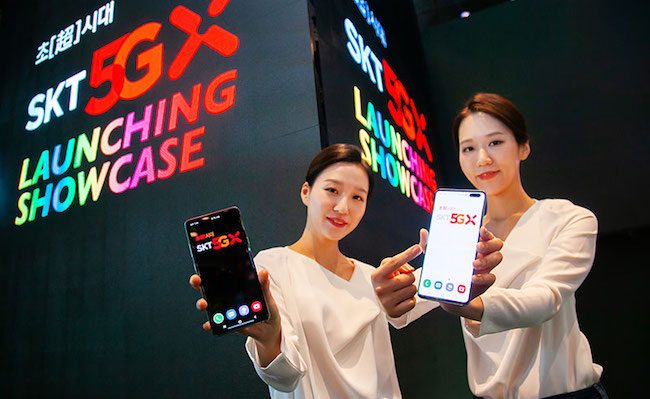 SK Telecom’s 2019 profit plunged due to a surge in 5G-related costs which also impacted mobile revenue, but the company forecast a turnaround on the back of growing data usage and next-generation subscribers.

The operator, with a 46 per cent market share by subscribers, expects consolidated revenue to reach KRW19.2 trillion ($16.2 billion) this year as a result of an improved mobile performance and solid growth in its media, security and commerce businesses.

In Q4, mobile service revenue fell 2.5 per cent year-on-year to KRW2.39 trillion, which the company said was caused by an increase in the number of subscribers selecting contract-based discounts.

ARPU rose for the third consecutive quarter, increasing 1.3 per cent to KRW31,738 at end-December.

It recorded a profit in the full year, though it was down 72.5 per cent to KRW862 billion due to higher 5G spectrum and deployment costs, and a decrease in equity gains from its interest in SK Hynix. Consolidated revenue increased 5.2 per cent to KRW17.7 trillion, with capex up 37.1 per cent to KRW2.92 trillion.

Its overall mobile subcriber base grew 4.6 per cent year-on-year to 28.6 million at end-December.