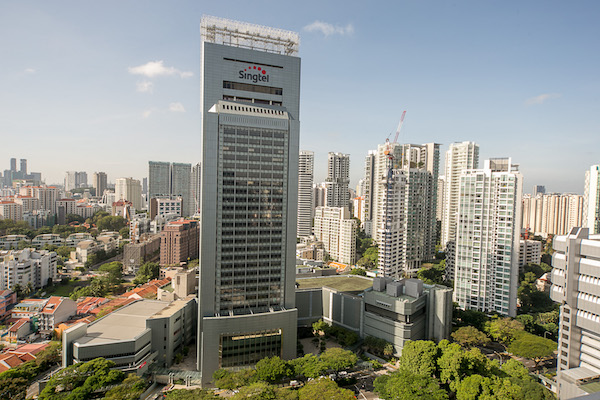 Singtel reported a sharp drop in revenue in its fiscal Q4 due to lower mobile service revenue and handset sales in its key Singapore and Australia markets, while group profit tumbled on one-off regulatory costs at its mobile unit in India.

Net profit in the January to March period fell 25.7 per cent from a year earlier to SGD574 million ($404.5 million), after booking an exceptional charge of SGD302 million, mainly from Bharti Airtel’s provision for a one-time spectrum cost. Group operating revenue declined 10.2 per cent to SGD3.9 billion.

In a statement, Singtel said the quarter was marked by weak business and consumer sentiments given the impact of economic recessions with disruptions caused by Covid-19 (coronavirus) from February. The group’s results were also adversely impacted by a 6 per cent depreciation of the Australian dollar.

Chua Sock Koong, Singtel group CEO, said: “This has been a challenging year, given structural shifts in the industry, already soft economic conditions, adverse regulatory outcomes in India and the onset of Covid-19 in the fourth quarter.” She noted travel and movement restrictions have led to significant reductions in roaming and prepaid revenue, and slowing economic growth has impacted business spend.

Chua added: “It will be some months before the full impact of Covid-19 on our business can be ascertained. However, the lockdown has accelerated unprecedented digital adoption. We have witnessed the accelerated take-up of our digital services by both consumers and enterprises trying to meet business demands under the current circumstances.”

Its regional associates saw continued data usage growth, with pre-tax contributions rising 29 per cent to SGD500 million in the quarter.

She said the units performed resiliently against the challenges of their respective operating environments, noting that while the lockdowns may impact results in the upcoming quarter, investments in their network and digital infrastructure are “paying off as these are more essential than ever to keeping customers connected during this pandemic”.

Australia
Optus continued to face data price competition and weak consumer sentiment, and the effects of falling equipment sales and margins, as well as lower NBN resale margins. Its net profit in the period ended 31 March plunged 83 per cent to AUD37 million ($24.5 million).

Mobile service revenue fell 5.4 per cent to AUD863 million as a result of an increase in SIM-only plans and early impacts from Covid-19. Equipment sales declined 22.3 per cent to AUD378 million due to lower volumes from unbundling of mobile devices from service contracts, delivery disruptions and weaker consumer sentiment in light of recent natural disasters and the pandemic.

Group enterprise operating revenue fell 4.5 per cent to SGD1.56 billion, with 3.8 per cent growth in ICT turnover offset by a 23 per cent decline in mobile sales. Digital Life’s revenue declined 14.5 per cent to SGD234 million as Amobee’s sales fell due to a reduction in advertising campaigns. Hooq was placed under liquidation and its financials were deconsolidated from 1 March.

Like many companies, Singtel will not provide guidance for fiscal 2021 given the uncertainty around economic activity and its business.