Sharp to launch robot-smartphone next month 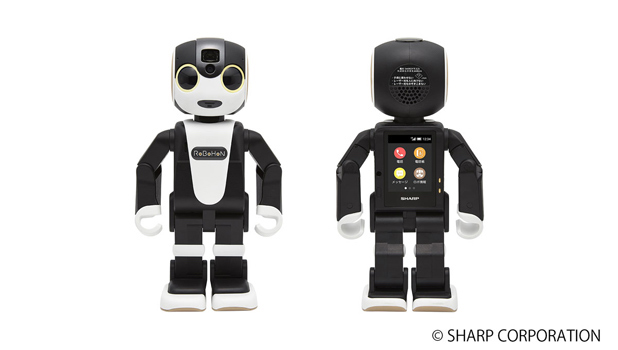 Japanese electronics maker Sharp will launch a miniature robot that doubles as a smartphone in Japan next month.

Sharp said the device, which it calls a ‘mobile robot phone’, can walk, respond to voice commands and recognise faces.

The robot-smartphone – named RoBoHoN – is 19.5cm tall, weighs 390 grams, has a Snapdragon 400 processor and runs on Android 5.0. It is priced at JPY198,000 ($1,830). It supports VoLTE and is also equipped with a projector for showing photos and videos – it projects images through its eyes.

Owners need to subscribe to monthly voice and data plans ranging from JPY650 to JPY2,280 for 1GB to 3GB.

The robot was created by Tomotaka Takahashi, associate professor at the University of Tokyo Research Centre for Advanced Science and Technology. Sharp plans to manufacture 5,000 units a month.

The troubled Japanese vendor recently signed a rescue deal with Foxconn, also known as Hon Hai Precision Industry, which offered to pay JPY389 billion ($3.5 billion) for a 66 per cent stake in Sharp.

SoftBank first announced the robot in 2014. It also is priced at JPY198,000. Earlier this year it made an appearance on Mobile World Live TV at Mobile World Congress.

Foxconn may bring Sharp into bid for Toshiba chip unit