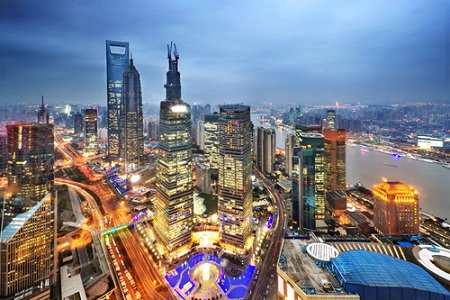 The rapid uptake of 4G, a lower increase in tower-leasing expenses and a decline in capex are expected to boost China Mobile and China Telecom’s ARPU (Average Revenue Per User) next year.

According to Fitch Ratings, 4G ARPU was 31 per cent to 73 per cent higher than blended total ARPU in the first half of the year.

Margin pressure due to higher tower-leasing costs, which will affect the operators’ profitability the most this year, may be easing in 2017, Fitch said.

The agency expects both operators to benefit from a higher co-use rate in telecoms tower sharing, which drives a discount on towers’ usage fees and slows the growth in their leasing costs. It also expects China Telecom to gain from refarming the 800MHz band as this enables the same network coverage with fewer base stations.

A drop in capex this year also is likely to remain a recurring theme in 2017, as the peak of the 4G capex cycle has passed. Fitch expects Chinese telecoms’ capex to decline by some 10 per cent next year. China Telecom’s basic 4G coverage should be completed by the end of this year. Its strategic alliance with China Unicom on network-sharing should continue to reduce capex. It also expects a modest cut in China Mobile’s capex.

China Unicom
Meanwhile, Fitch says that the potential mixed-ownership reform pilot for China Unicom, if it proceeds, may involve the introduction of private capital, a reduction in state ownership – but not control – and some increase in management autonomy.

On 10 October China Unicom announced that its parent company could be selected to be in the first pilot for mixed-ownership reform, pending final government approval. The reform, however, could delay or derail any merger between China Unicom and China Telecom – the second- and third-largest Chinese telecoms operators respectively.

The State-owned Assets Supervision and Administration Commission owns 98 per cent of the Unicom Group and has an effective stake of 62 per cent in China Unicom.

Although the reform plan is still being studied, Fitch expects it to introduce domestic strategic investors to China Unicom or part of its businesses. The sale of strategic stakes overseas is less likely as foreign strategic investors in the Chinese telecoms sector have not been able to exercise much influence over their investments over the past two decades. Spain’s Telefonica still has a stake of close to 1 per cent and maintains a strategic alliance with China Unicom.

The operator would benefit from fresh equity, which would allow it to deleverage; its debt rose to more than CNY152 billion ($22.8 billion) at end-June from CNY138 billion a year earlier, Fitch said.