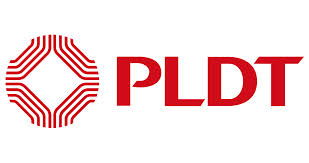 The Philippines’ largest operator PLDT outlined a three-year recovery plan after reporting a 35 per cent drop in its net profit for 2015 and cutting its profit guidance this year by 20 per cent.

The operator, with a 56 per cent share of the country’s mobile connections, said it aims to transform to a primarily digital business from a heavily legacy one. The three-year effort will require higher capex and the halt to special dividends.

Industry analysts noted that three years is a long time and it faces a number of major challenges, including execution on the turnaround plan, the continued threat from aggressive rival Globe Telecom and the potential for a third operator to join the field in the form of a San Miguel-Telstra venture.

Globe, which has expanded its market share from 38.5 per cent to 44 per cent over the past year, has a more effective marketing campaign and is less dependent on legacy services such as international long distance (ILD), BusinessWorld reported. It also took the early lead in digital services, putting pressure on PLDT to respond.

“We have to reset the dials of the company as we move to digital and this will not happen without pain. We have to be realistic about the current prospects and what the future will be,” PLDT chairmam and CEO Manuel Pangilinan said in a statement.

Conserving cash
Pangilinan said that its high-margin ILD, which “used to be its strength, has now become a main weakness… leaving a gaping hole in our revenue” at around PHP4 billion ($84.4 million) to PHP5 billion annually.

PLDT said it will pay out 75 per cent – down from the usual 90-100 per cent — of earnings as regular dividends, but will not pay a special dividend. “Our elevated capex levels and investment plans deem it necessary that we conserve cash and maintain debt at prudent levels whilst we are transitioning,” he explained.

BusinessWorld cited Nomura Securities VP Pankaj Suri as saying: “I understand that they need to preserve capital, but the thing is that you know you’re not going to go back to that 100 per cent payout at least for the next couple of years.”

Ariel Fermin, head of the consumer group, wireless and home, said the goal for its consumer group is to be the preferred digital services provider. “To achieve this, we need to establish data leadership by improving not only data usage but monetisation as well. We will also ramp up our converged offers, leveraging on the combined strengths of our businesses.”

Wireless revenue decreased 4 per cent to PHP111 billion, with voice falling 11 per cent and SMS and VAS down 5 per cent last year.

Data and broadband revenue expanded 16 per cent to P48.5 billion last year, accounting for about 30 per cent of service revenue. Its goal is to raise that to 40 per cent in the next three years.