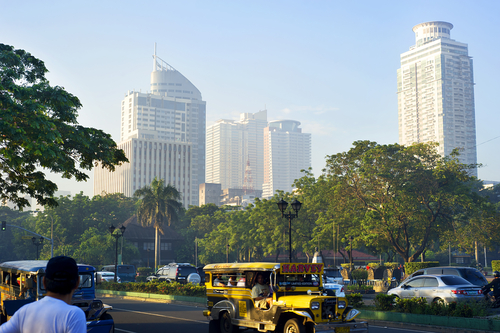 Mobile broadband speeds in the Philippines improved in Q4 2016 after the country’s two dominant players invested heavily in the second half of the year to upgrade their mobile networks, according to a report by J.P. Morgan Securities.

Average LTE download speeds in the country rose to 8.24Mb/s in Q4 2016 from 7.27Mb/s the previous quarter, the report stated.

The Philippines is something of a regional laggard in mobile broadband speeds, with the government in October threating to open up the market to Chinese competition if the two major players – PLDT-Smart and Globe Telecom – didn’t improve their poor service.

After the Senate discussed the National Telecommunications Commission’s (NTC) failure to compel Globe and Smart to deliver the minimum broadband speeds of 12Mb/s their ads guarantee to subscribers, Senator Win Gatchalian recommended in early February the NTC be granted additional authority to allow it to more effectively discipline operators.

Despite the quarterly improvement, the Philippines remains near the bottom of global LTE rankings, lagging even Pakistan, which had a 4G speed of 10.77mb/s in Q3. Singapore and South Korea were on top with speeds near 46Mb/s.

The J.P. Morgan report, which cited crowd-sourced data from wireless coverage research firm OpenSignal, said Smart had the highest overall LTE download speeds in the Philippines in Q4 at 9.17Mb/s. 4G download speeds across regions ranged from 9.99Mb/s in Metro Manila to 7.39Mb/s in the Visayas. Smart, the mobile unit of PLDT, also took the lead in 3G with download speeds of 2.85Mb/s.

Smart’s network rollout accounted for the bulk of its parent company’s expanded capex budget last year of $1 billion, with an additional $100 million allocated to use the new frequencies freed up with the acquisition of San Miguel Corporation’s telecoms assets.

Joachim Horn, chief technology and information advisor for PLDT and Smart, said it began rolling out LTE-Advanced service using carrier aggregation in April 2016 in preparation for the rise of bandwidth-heavy services such as video streaming and gaming.

Previous ArticlePanasonic set for take off at MWC
Next ArticleBlog: Content reigns at MWC as MWL TV goes live again