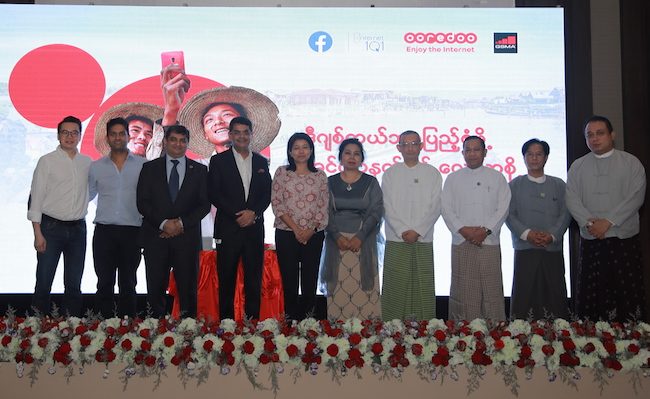 Ooredoo Myanmar teamed with Facebook and the GSMA to introduce a digital literacy campaign to raise awareness and increase adoption of the mobile internet in the country, particularly in rural areas.

The Internet 101 campaign aims to inform and educate new users through one-on-one training at Ooredoo retail stores, the organisations said in a joint statement.

Data from GSMA Intelligence found only 39 per cent of Myanmar’s population of 54.1 million use the mobile internet. A lack of digital literacy is one of the major barriers to being connected.

In-store promoters will walk consumers through internet education materials, which include a video explaining what the internet is, how to access it and how to stay safe online.

Ooredoo Myanmar CEO Rajeev Sethi said the initiative is the first step of its “Learn with internet to enrich your digital lives” corporate social responsibility programme.

Claire Sibthorpe, head of Connected Society and Connected Women at GSMA, said it is committed to advancing the cause of connectivity in rural areas as it works to accelerate progress against the UN’s Sustainable Development Goals.

“Mobile internet connectivity brings a wide range of social and economic benefits, helping to promote digital inclusion and supporting the delivery of essential services, and we are pleased to support advancing inclusion to the citizens of Myanmar.”

Ooredoo Myanmar is the third-largest mobile player in the country with an 18 per cent share of connections, Q1 data from GSMA Intelligence showed. More than 70 per cent of its 10.9 million subscribers are on 4G plans.