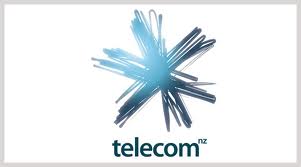 New Zealand’s Spark today announced a number of leadership changes, following news that the head of its home, mobile and business group, Chris Quin, will leave the company by end-June.

Quin has been with the company for more than 20 years.

Jason Paris, general manager of the home, mobile and business unit, will take over from Quin as CEO of that division on 1 July. Paris has been with the company for over three years and has been instrumental in its recent rebranding, the company said in a statement.

Rod Snodgrass, CEO Spark Ventures, will take over the company’s new digital first programme in addition to his existing responsibilities.

Spark CFO Jolie Hodson will take on some additional operational business activities, with the more mature “Skinny and Big Pipe” businesses now in a position to move outside Spark Ventures and report directly into her from 1 February.

The company said it has made the leadership changes as it prepares to integrate its “Turnaround” programme, initiated two years ago, into its everyday businesses and launch its “digital first” programme, aimed at transforming the company into a digital services leader.