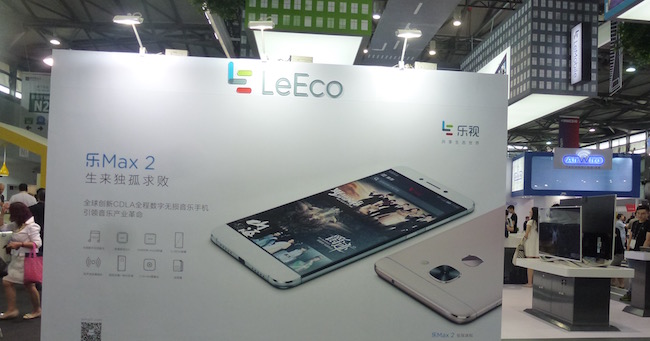 Ambitious Chinese content and devices company LeEco announced it lined up $600 million in funding from institutional investors in China and named a new head of APAC as it shifts its strategy away from rapid expansion.

The move comes just over a week after the company’s CEO Jia Yueting acknowledged that the company, which has moved aggressively into smartphones and smart TVs in many markets, has been expanding “too fast” and its capital and resources were not keeping pace.

In a letter to employees, Jia said the management change reflects its new strategy to put more emphasis on maintaining a healthy cash flow and has “temporarily put a hold on expansion in the Asia-Pacific market”, Marketing Magazine reported.

LeEco appointed Anthony Gao as head of its APAC operations, replacing Tin Mok. Gao, who also will be CEO of LeEco Hong Kong, was head of its virtual reality (VR) and augmented reality (AR) units.

The company expects to receive an initial tranche of funding, reportedly $300 million, this month to relieve the cash crunch the company is facing and will support its many initiatives, including its international expansion and an ambitious electric vehicle project, the magazine said.

US expansion
Last month the company announced a big push in the US, making a number of high-profile hires (such as Danny Bowman, ex-Samsung and Sprint, and Rob Chandhok, ex-Qualcomm), and buying a large site in California, and inked a deal to buy a TV maker to boost its North American presence.

Its website lists more than 200 job openings based in San Jose, California.

LeEco’s business model is not just about devices. The company said that since its inception in 2004 it has “amassed more than 5,000 movies and 100,000 TV episodes, and attracted 50+ million daily active users and 730+ million monthly active users in China”.

New LeEco CEO to refocus on core and building trust