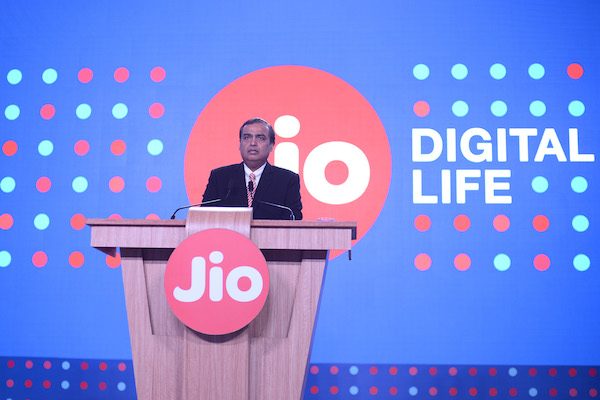 Reliance Jio Infocomm is the front-runner to acquire the assets of troubled Reliance Communications (RCom), which plans to shut down major parts of its wireless business after a failed merger bid with Aircel, The Hindu Business Line reported.

Jio, which is led by billionaire Mukesh Ambani (pictured), reportedly is in advanced talks to acquire spectrum from RCom valued at about INR190 billion ($2.9 billion), its portfolio of 43,600 telecoms towers worth up to INR90 billion and its fibre network valued at about INR40 billion.

A number of private equity companies and other strategic investors are also involved in discussions to acquire RCom’s spectrum, tower and fibre assets worth an estimated INR350 billion, the newspaper said.

Indian media reported last month market leader Bharti Airtel expressed interest in buying some of RCom’s spectrum and telecoms equipment being sold by a group of local and international banks.

Assets include highly valuable 800MHz spectrum along with network equipment and fibre cables. RCom owns spectrum in the 1.8GHz and 2.3GHz bands, and holds a spectrum sharing arrangement with Jio in the 800MHz band.

RCom is also in talks with private equity companies about selling its stake in Global Cloud Xchange (GCX) and appointed Credit Suisse to find an investor for the wholly-owned subsidiary, which could be worth as much as INR70 billion, BusinessLine reported.

Jio launched nationwide 4G service in September 2016 and acquired about 140 million subscribers by offering heavy discounts for its voice and data plans. It had an 11.5 per cent market share at end-September, according to GSMA Intelligence.