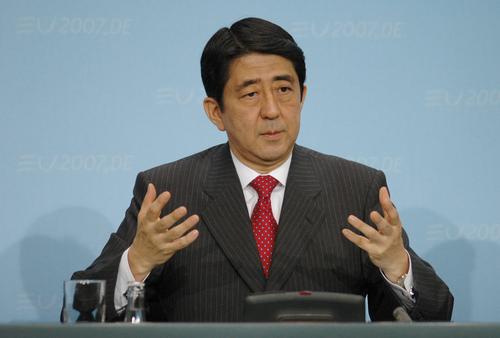 Japan’s prime minister, Shinzo Abe, urged operators to reduce mobile phone rates in a country where smartphone bills are one of the highest in the world, the Financial Times reported.

The move is being touted as unusual as rates are normally set independently by operators themselves and the government does not have a direct say.

Monthly mobile phone bills for smartphone users in Tokyo are around $62, one of the highest in the world, whereas bills for feature phones are around $16 and one of the cheapest globally, the report said.

“Some people say the three-player structure [in Japan’s mobile phone industry] has become so solid that the competition strategy is not working,” Amari explained.

Telecom costs, including mobile phone fees, made up 4.9 per cent of annual household spending in 2014, an increase of 4.1 per cent from a decade ago. Overall, household spending has remained sluggish in the country and there is uncertainty on whether lower tarrifs would boost consumer spending.

The report quoted Satoru Kikuchi, an analyst at SMBC Nikko Securities, as saying that operators are not likely to follow the directive, particularly when it comes to smartphones, but was of the opinion that the debate is a “sensible” one that should be about diversifying plans available rather than lowering prices.

He believes companies should offer cheaper packages for people shifting from feature phones to smartphones, as those users are likely to use the devices for simple functions such as chatting and messaging.

The directive has caused a sharp decline in operator stock prices today. Top player NTT Docomo saw a 9.8 per cent drop, while KDDI fell 8.6 per cent and SoftBank fell 5.5 per cent.