Indosat returns to profit, but warns on data yields 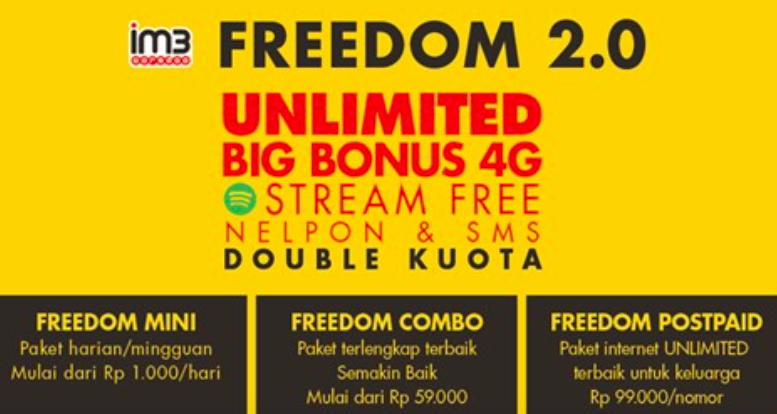 Despite increases in its overall user base as well as mobile revenue, the operator saw ARPU continue to slip and yields on data decline.

For the first nine months of the year, the operator reported a net profit of IDR845 billion ($64 million), reversing a loss of IDR1.12 trillion in the same period a year ago, on operating revenue of IDR21.5 trillion, which was up 9.9 per cent.

The company attributed its rise to improvements on the operational level, combined with a stable currency and lower dollar debt. Its dollar debt fell from $505 million in the same period of the previous year to $186 million, representing 12 per cent of its total debt. EBITDA increased 10.5 per cent to IDR9.46 trillion.

Its Q3 operating revenue grew 9 per cent to IDR7.58 trillion, with mobile revenue up 9.2 per cent to IDR6.3 trillion. Fixed voice and data revenue rose 7.4 per cent in the quarter to IDR1.28 trillion.

The operator, with a 22 per cent market share, expanded its user base by 18 per cent from a year ago to 81.6 million. Data users rose 22 per cent year-on-year to 39.4 million, with average usage hitting 1.3GB a month. Smartphone users now account for 48 per cent of its user base.

Falling yields
Indosat noted in its earnings report that its data yields decreased significantly over the last two quarters due to intensifying competition, with major players offering significant bonus data quotas to add market share. To address falling yields, this quarter it is reducing the bonus quotas from the currently high levels to more moderate levels. “We hope that the other market players will also realign behind this positive trend and contribute to a healthier and more rational market.”

Its EBIDTA margin guidance is in the low- to mid-40s – for the fine nine months of the year it was 44 per cent.