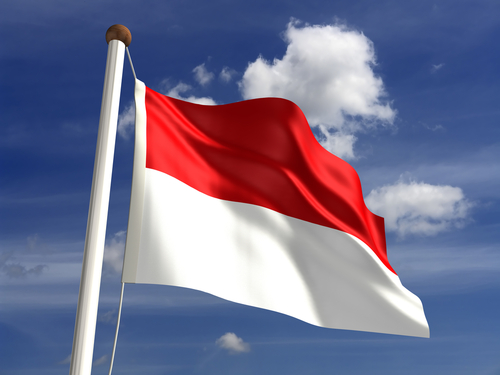 Indonesia’s smartphone market dropped 7 per cent in Q3, its first ever year-on-year decline, according to Counterpoint Research.

“However, we see this as a temporary blip in Indonesia’s smartphone growth story as the market is undergoing a correction and brands are aligning to the regulatory framework. The market is expected to bounce back during the ongoing holiday quarter,” he said.

Three in five handsets shipped during the quarter were smartphones.

Samsung consolidated is position as the top smartphone maker (see chart below, click to enlarge), with a 27.1 per cent share (up almost 3 points on a sequential basis). And it reclaimed the number one position in the overall handset market from Evercoss with a 19 per cent share, up 3 percentage points from Q2. 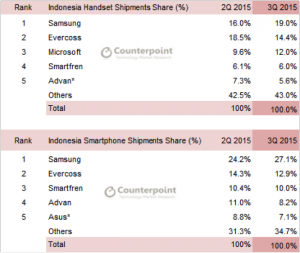 Microsoft remained in third place in total handset shipments, with its share rising to 12 per cent from 9.6 per cent. Its smartphone shipments declined sequentially (it isn’t in the top five in smartphones).

Chinese vendors’ share of the smartphone segment increased to 21 per cent from 16 per cent in Q2.