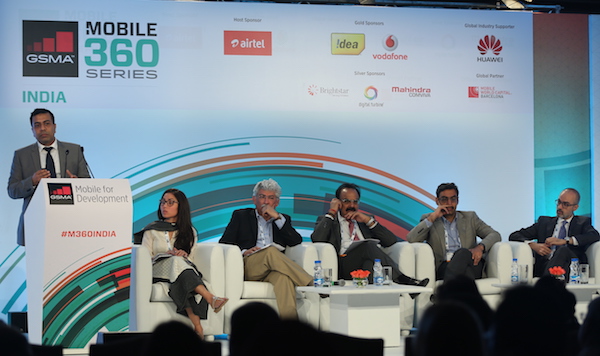 LIVE FROM GSMA MOBILE 360 INDIA: Telecoms operators in India see huge opportunities in the digital payments and banking sector and haven’t been thwarted by the high investment and long payback period required to build the necessary scale.

Dheeraj Aneja (pictured below), head of payments at  Ernst & Young, explained that the payments sector is similar to telcos’ current business, in that it requires a long period of investment before it starts to pay back, and that companies will need to use technology to reduce the significant upfront overhead costs. 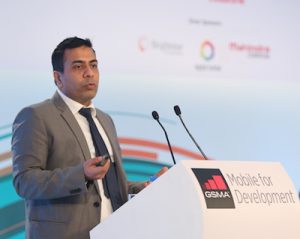 “Scale is critical, which requires rapidly expanding the distribution network,” he said.

The merchant ecosystem will need collaboration at an industry level to be able to scale, said Mulkul Sharma, Idea Cellular’s president of strategy and planning. “Otherwise creating an ecosystem in bits and pieces would not be a solution that can enable us to create the kind of digital transactions we’re looking at.”

India’s third largest mobile operator is looking to leverage its assets, including its large customer base and distribution network, to cross-sell digital payments and banking services.

Sharma said customers typically go to a physical outlet to do a recharge, generally the same outlet each time, and it wants to take advantage of that stickiness with its subscribers, 95 per cent of whom are prepaid.

Its goal is to enable customers to start using digital as their primary means of transactions. “Despite the investment challenges, given the immense size of the opportunity, it a business we want to be part of,” he said.

Slow ROI
E&Y has studied the business case for establishing a payments bank and found that there are huge upfront costs and that a new entrant would likely take seven years to break even, after slowly boosting product gross margins, which could be negative in the first one to three years. In eight years, Aneja said, the product gross margins could rise to 25 per cent or higher.

Most transactions will be driven by mobile wallets.

Aneja however noted that the potential contribution from adjacent revenue streams makes the business model for a payments bank much more profitable. Adjacent services would also push the breakeven date up by a year.

The additional streams, beyond basic banking and remittances services, include distribution of insurance, digital credit and merchant payments, with a focus on the long tail. Merchant payments require a significant scale, close to an 80 per cent market share, for it to be a meaningful contributor, he said.

Suresh Sethi, CEO of mPesa  at Vodafone, noted that the traditional agent model is working reasonably well in India, where people are comfortable handing over large amounts of money to be transferred. He said that it’s an issue of trusting the technology, which will take time to work through.

Reaching remote users
Pawan Bakhshi, from the Bill & Melinda Gates Foundation, claimed that India is far ahead of the rest of the world in what is offers in terms of identity/authentication, payment, regulatory and policy initiatives. This has been largely driven as a public good, he said, which isn’t the case elsewhere, where costs can be much higher.

Having said that, he complained that there is still a high cost for low-value transactions, such small deposits, and a complete lack of transparency in how a bank determines a person’s credit rating. He said most people have no idea how that is worked out.

Arvind Mayaram, chairman of the CUTS Institute for Regulation & Competition, asked how the payment banks aim to reach the hundreds of millions in rural areas where there is no access to the internet. He suggested regulations be updated to allow people to access digital systems off line when they have no access.