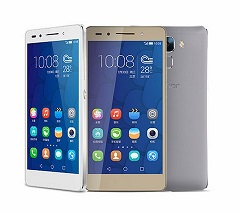 Huawei plans to step up its focus on the premium smartphone market and gradually pull out of the low-end segment as the industry continues to consolidate.

Richard Yu (pictured, below), CEO of Huawei’s consumer group, said a large number of mobile phone vendors will disappear over the next few years and only a few will survive in the world, C114.net reported.

The company said sales of its Honor Play 4X in its home Chinese market have topped 10 million units, which is the first time a model has hit 10 million in sales since Honor became an independent brand.

Huawei’s handset revenue in H1 increased 87 per cent to $7.23 billion, reflecting its strategy of “focusing on mid-to high-end handsets, which contributed to both an increase in shipments and average selling price”.

Huawei said in late June Honor was on track to hit its target of 40 million shipments by the year end, having sold half of the target in the first half of the year. The 40 million target would represent a doubling of its sales year-on-year.

After the success of the Play 4X, Yu said it hopes to create popular Honor devices with more than 20 million or even 30 million sales in the future, C114.net reported.