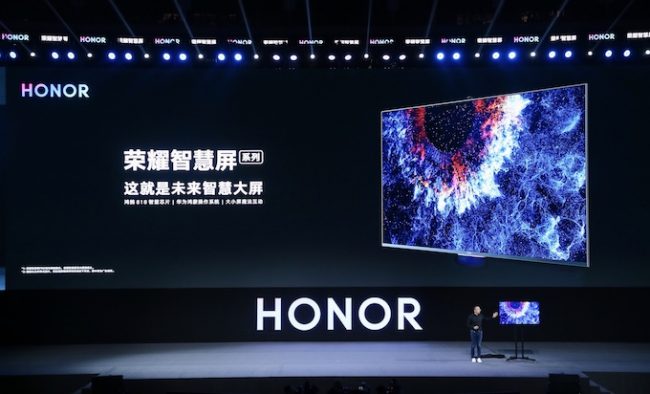 Huawei moved into the smart TV sector, unveiling two models under the Honor sub-brand which are the company’s first products running on its new HarmonyOS.

Ending speculation about its efforts to develop its own operating system, the company officially announced HarmonyOS (HongmengOS in Chinese) at its developer conference on 9 August.

The OS is not expected to be a replacement for Android on smartphones anytime soon. But Lin Zhang, brand manager at Huawei in western Europe, said in a post: “If and when Huawei can no longer access Google’s Android ecosystem, it can (has to) deploy HarmonyOS.”

Outlining its roadmap for the OS, the company said it will first focus on smart-screen products, and over the next three years gradually use it in a broader range of devices, including wearables, tablets and PCs.

The Honor Vision series TVs are equipped with three in-house chipsets and will be available in China later this week.