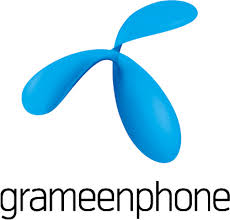 The head of Grameenphone identified several areas of regulatory concern, the most significant being what he sees as “unfair discrimination” in the recently announced spectrum auctions.

Bangladesh’s regulator has indicated it will hold new auctions in the 1.8 and 2.1GHz bands this year.

Rajeev Sethi, Grameenphone’s newly appointed CEO, discussing regulatory policies on an earnings call this week, said it has a number of issues with the way the auction is moving forwards.

He also noted that in the previous 3G auctions the industry was promised a resolution to certain outstanding issues, including the SIM tax, the drafting of a national telecoms policy and the neutrality of the spectrum being sold.

“These are areas that we were promised would be addressed, but we haven’t seen any progress. So this is a second area that will prevent us from participating in any auction in the future.”

Sethi said another area is the National Board of Revenue’s (NBR) claim against SIM replacement, which is an old issue that has been continuing for some time. “In 2013 we were assured it would be solved with an administrative processes. But unfortunately that administrative solution has not progressed significantly.”

After it received notice from the NBR’s tax unit for a hearing in January, it applied for a stay, which was granted. “So this matter is under the judicial process; we are hopeful and will continue to press for an administrative solution because that’s something that was promised to us in the past.”