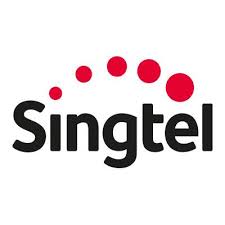 Singtel reported slowing revenue growth and a drop in earnings in its fiscal Q3 as subscriber growth stalled and ARPU declined in its key Australia and Singapore markets.

While overall revenue for the quarter ending 31 December inched up 1.1 per cent to SGD4.47 billion ($3.18 billion), its net profit fell 1.7 per cent to SGD954 million due in part to a one-off tax credit last year and the acquisition of Trustwave in September. EBITDA was down 0.7 per cent to SGD1.22 billion. In constant currency terms, revenue was up 6.2 per cent, while EBITDA rose 4.5 per cent.

Its customer base in Singapore was steady at 4.1 million, but it added 122,000 4G users in the quarter, taking its 4G base to 2.2 million, or 54 per cent of total mobile connections. Postpaid ARPU declined 3 per cent to SGD73.

Australia
In Australia, a 10 per cent increase in data revenue and a 27 per cent jump in equipment sales helped boost overall consumer revenue 6 per cent to AUD2.01 billion ($1.45 billion). Mobile turnover rose 6 per cent year-on-year during the quarter to AUD1.62 billion despite a small drop in its customer base to 9.37 million. Postpaid ARPU fell 2 per cent to AUD61 and prepaid ARPU was down 3 per cent to AUD28.

Optus’ 4G subscribers increased by 314,000 from the previous quarter to 4.4 million and now account for 47 per cent of users. Its 4G coverage now reaches 92 per cent of the population.

The operator expects mobile revenue for its fiscal year ending 31 March to increase at a low single-digit level in both Singapore and Australia.