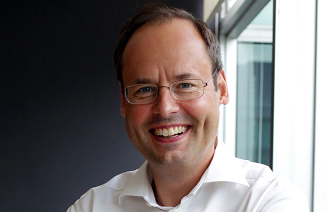 Dtac CEO Lars-Ake Norling (pictured) tipped Thailand’s fishing industry to be a major beneficiary of the future deployment of 5G technology during a roundtable-style seminar attended by major industry associations and vendors.

Norling told delegates at the Unlocking 5G Spectrum Towards Sustainable Thailand 4.0 event the next-generation technology will provide a much-needed boost in the profitability of the Thai fishing industry by enabling the use of sensors to monitor fish stocks, The Nation reported.

Image sensors would allow early diagnosis of infection by parasites, enabling farmers to boost profitability by removing diseased fish from their healthy stock.

The event was organised by dtac and attended by specialists from industry groups the GSMA and ITU, and vendors Huawei and Ericsson, The Nation said.

Speakers cited spectrum as a key element to be considered by Thai authorities when defining a route to 5G deployments. In early March, Paradai Theerathada, dtac’s chief of corporate affairs, criticised Thai regulator the National Broadcasting and Telecommunications Commission’s (NBTC) spectrum roadmap for failing to stack up against plans devised by other nations.

Norling said dtac is working closely with the government to enable Thailand to become a truly digital society by 2020 – the year when standards bodies expect the first commercial 5G services to launch globally.

The CEO predicted the healthcare industry would be another key beneficiary of 5G technology deployments, envisaging a world where robots conduct surgical operations and diagnose ailments. Autonomous vehicles were another field where Norling expected to see major advances in the coming years.

In December, the NBTC announced it will auction off 80MHz of spectrum in the 2.6GHz band, which is owned but unused by state-owned public broadcaster MCOT, by June to prepare for the eventual rollout of 5G services in 2020.