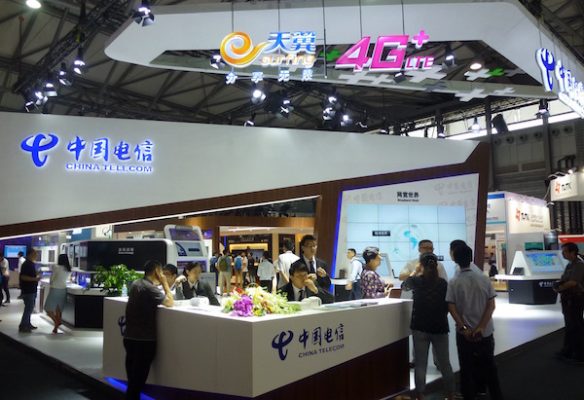 China Telecom, despite rising competition and government pressure to cut prices, continued on its steady growth path, with strong gains in profit and revenue in the opening quarter of the year.

Yang Jie, China Telecom’s chairman and CEO, said it was facing increasingly intensive market competition, but had “a solid performance in its overall results, with steady enhancement in operating revenue and net profit”.

The country’s three mobile operators said in early March they will end domestic consumer roaming fees by October as part of a push by the government to cut consumer costs.

China Telecom, the third largest mobile operator in the country, reported a 4.5 per cent year-on-year increase in net profit to CNY5.35 billion ($777 million). The company, which had the fastest growth in service revenue of the big three telcos through 2016, saw service turnover increase 7.5 per cent to CNY82.1 billion during the quarter. Overall revenue was up 5.8 per cent to CNY91.4 billion.

Despite LTE penetration of close to 60 per cent at the end of 2016, the operator signed up 15.8 million LTE users during Q1, which is the same as its quarterly average number of 4G additions last year. Its 4G user base stood at 137.6 million by end-March (strengthening its 4G lead over larger rival China Unicom, which earlier this week reported 122.7 million LTE subscribers).

Total mobile subscribers at China Telecom rose by 6.5 million to 221.5 million at end Q1 (behind Unicom’s 266.3 million). China Mobile, the world’s largest operator, ended the period with 856 million mobile customers, of which 568 million – 66 per cent of the total – are signed-up for 4G.

Following the expansion of its network and an increase in tower assets lease and related expenses, network operations and support expenses rose 13 per cent year-on-year, pushing total operating expenses up by 5.8 per cent to CY83.6 billion.

Fixed-line broadband subscribers increased by 2.7 million to 126 million in the quarter, with FTTH subs growing by 6.07 million to 112 million.