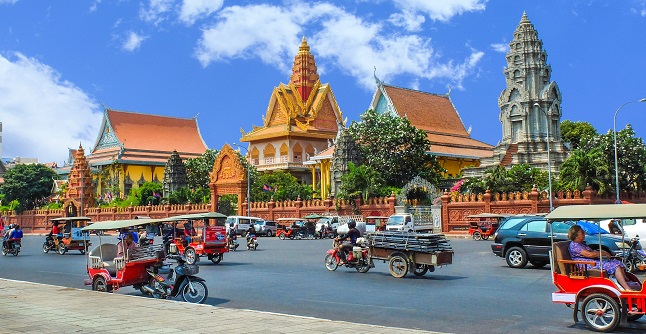 Mobile operators in Cambodia have moved quickly into LTE, with the country already placing in the upper half of Opensignal’s global rankings for 4G availability, matching many developed countries which launched the service much earlier.

Cambodia’s top three operators, with a combined market share of more than 96 per cent of subscribers, have focused on network coverage over speed, which is still very slow.

Smart Axiata had the highest 4G availability at 81.3 per cent, followed by Metfone, the market leader, at 77.9 per cent and Cellcard at 74.5 per cent.

The country, however, finished in the bottom 10 of Opensignal’s global download speed rankings. Smart and Cellcard led in average 4G download speeds, scoring 7.9Mb/s and 7.1Mb/s respectively, while Metfone lagged with a 2.8Mb/s rate, which the analytics company said were speeds typically seen on 3G-only networks.

4G penetration is below 16 per cent in the country, which had 20.2 million mobile subscribers at end-June, data from GSMA Intelligence showed.

Just 11 per cent of Metfone’s 10 million users are on 4G plans, compared with 17 per cent of Smart’s 7.8 million customers and 29 per cent of Cellcard’s 2.4 million subs.

Opensignal collected more than 152 million measurements between 1 April and 29 June.

Huawei sets Smart Axiata up with 4.5G in Cambodia