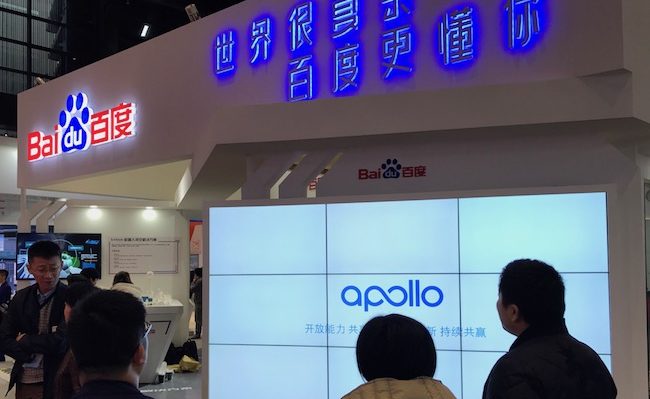 Chinese search giant Baidu expressed confidence its efforts to expand mobile services will drive profitability in the future, as the company reported a sharp drop in profit and marketing revenue in Q2 due to the slowing economy in China.

In a statement, Robin Li, Baidu co-founder and CEO, said its focus on strengthening its mobile ecosystem through knowledge-based content, smart mini programmes and managed pages is translating into a “better user experience, stronger traffic growth, and ultimately higher conversion for our customers”.

Its DuerOS voice assistant’s installed base increased 4.5-fold year-on-year to 400 million devices, with monthly voice queries surpassing 3.6 billion in June. As mobile internet penetration in China slows, Li said he is excited about the opportunity to provide service providers a cross-platform distribution channel beyond mobile, into smart homes and automobiles.

Baidu App daily active users increased 27 per cent from a year earlier to 188 million, while its smart mini programme had 270 million monthly active users in June. The programme, which allows users to connect to a range of services and information with a native-app like experience, was launched in June 2018.

Herman Yu, Baidu CFO, said: “With traffic growing robustly and our mobile ecosystem continuing to expand, we are in a good position to focus on capitalising monetisation and ROI improvement opportunities to deliver shareholder value.”

Weak sectors
The company’s net profit in the quarter fell 62 per cent year-on-year to CNY2.41 billion ($342 million) on total revenue of CNY26.3 billion, which inched up 1.4 per cent.

Online marketing revenue fell 9 per cent to CNY19.2 billion, while other revenue increased 44 per cent to CNY7.1 billion, driven mainly by strong growth in iQIYI membership services, cloud and smart devices. The company said amid a weak macroeconomic environment its core marketing business experienced softness in many sectors, including healthcare, online games, financial services, and automotive and logistics.

Its Apollo fleet of autonomous vehicles reached more than 2 million test km on the road in June, across 13 cities, including Beijing, Changsha, Xiong’an and Xiamen. The company said it was granted almost half of the 204 autonomous driving pilot licences awarded in China.

Users of the Baidu Maps voice feature increased 2.5-times year-on-year to 450 million as of end-June.