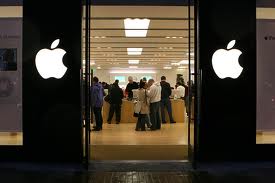 Apple is working with contract manufacturer Foxconn to introduce an iPhone trade-in programme in China to cater to the huge demand for the US-company’s used smartphones.

Consumers will be able to trade their older iPhones at Apple stores for credit for new models, Bloomberg reported. The programme starts next week.

Taiwan’s Foxconn, also known as Hon Hai Precision, generates about half its revenue from assembling Apple products. The company will obtain the devices directly from Apple’s retail outlets and then refurbish and resell them on its own online stores (eFeihu and FLNet) as well as Taobao.

Apple launched a similar programme at its retail shops in the US in August 2013. About half the buyers of new iPhones in the US in Q4 traded in their older models, Bloomberg said.

After initially weak demand, iPhone sales soared in China in the last quarter with the introduction of the larger-screen iPhone 6. IDC said sales expanded 42 per cent to 46.3 million units in 2014.

Sales of the iPhone 6 in the country in Q1 are expected to remain at about the same level as in Q4 – 15-20 million units – and account for a third of total global shipments of the smartphone, DigiTimes reported.

The strong Q4 results have put the iPhone in second place in China’s smartphone market, with a 12.3 per cent share, behind market leader Xiaomi, according to IDC.