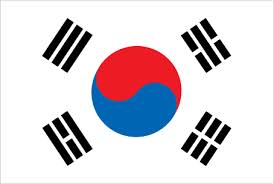 South Korea’s 4G traffic accounted for 92 per cent of all data usage in July, increasing sharply since May.

The country’s total 4G data traffic increased 34 per cent from about 70,000TB in June to 93,746TB in July, according to figures from the Ministry of Science, ICT and Future Planning.

Average monthly 4G usage jumped from 2.3GB in April to almost 3GB in July. In comparison, 3G users consume an average of just 1.2GB per month.

The Korea JoongAng Daily reported that the country’s 33.2 million 4G subscribers account for 60 per cent of all mobile users. South Korea now has 16 million 3G connections.

4G traffic has grown sixfold over the last two years while 3G traffic fell 268 per cent.

SK Telecom, the market leader with a 50-per cent market share, lost a few thousand subscribers in Q2 as more than 600,000 migrated from 3G to 4G, according to GSMA Intelligence.