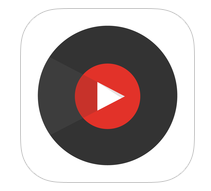 YouTube launched an iOS and Android music app in the US with the aim of doing “even more to support artists and all the fans who turn to YouTube to discover music.” It will rival services like Spotify and Apple Music – and Google’s own Play Music.

A home tab will recommend tracks to users and create personalised stations based on their tastes. The app also gives access to what YouTube claims is “one of the richest music catalogues on earth”, including music videos and tracks by artists as well as remixes, covers, lyric videos and concert footage made by YouTube users.

According to The Wall Street Journal, there are around 50 million songs available, of which 20 million “are varying-quality fan covers and emerging, independent artists”.

YouTube is also offering an ad-free version via “Red membership” for $9.99 per month, which will include the ability to listen to music offline and switch from video to audio-only. Both features will help users save data.

Some rivals like Spotify and Pandora offer similar ad supported/paid options, though Apple Music and Tidal do not offer versions with ads.

YouTube said its global exposure has allowed it, along with parent Google, to pay out more than $3 billion to the record industry to date.

It said it has also been a source of promotion for artists, helping fuel ticket sales, sell merchandise, and boost album and song downloads.

Previous ArticleVivendi wants 4 seats on TI board
Next ArticleVodafone, MasterCard to offer m-payments in Europe “within weeks”