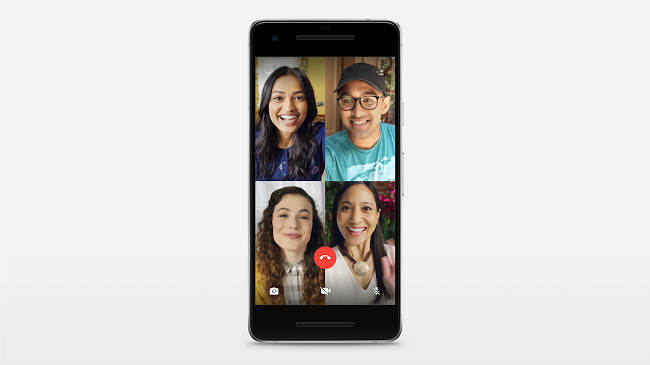 WhatsApp debuted a new feature that will let users conduct group voice and video calls with up to three other people.

Users will now be able to add more contacts to their one-on-one voice or video calls via a new “add participant” button located in the top right corner of the screen, up to a total of four participants.

As is the standard for the app, WhatsApp said group calls are end-to-end encrypted. It added group calling has been designed to “work reliably around the world in different network conditions”.

WhatsApp parent company Facebook first previewed group calling for the app at its developer conference in May. The new feature is currently being rolled out across iOS and Android versions of the app.

The move brings WhatsApp into step with competitors including Line Messenger and Skype, and follows its introduction of voice calling in 2015 and the subsequent rollout of video calling in 2016. It also comes after Facebook debuted an unencrypted group calling feature for its Messenger app in December 2016 that lets up to 50 people participate on a single call.