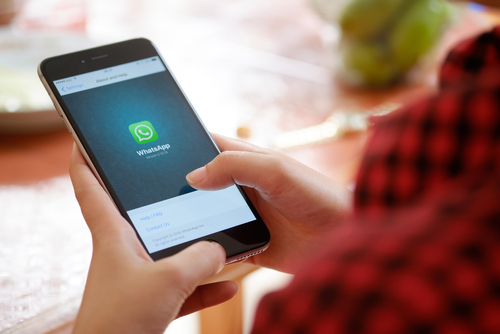 WhatsApp said 1 billion people use its messaging app every day, adding that it is now “committed more than ever to bringing more useful features” to the platform while delivering “the reliability, simplicity and security” users expect. 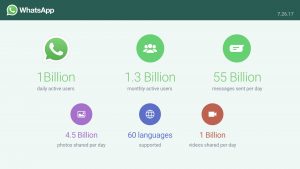 In its Q2 2017 results, Facebook said WhatsApp’s Status feature, a Snapchat Stories clone, now has 250 million daily active users, up from 175 million three months ago and on a par with the successful Instagram Stories.

Clearly both platforms have left Snapchat, the originator of the feature, way behind as it only has 166 million daily users for the app as a whole.

WhatsApp Status did receive some backlash because it replaced the text-only status feature in the app. After users complained, it began offering both options.

At the time, the WhatsApp user interface hadn’t changed much since launch and Status was probably its biggest update, representing the first time it introduced a way for users to consume content, which could potentially be used to display ads.

The company was also reportedly testing a system to allow businesses to talk directly to users.

In the Facebook Q2 2017 earning call, CEO Mark Zuckerberg said Facebook is “working to build a business ecosystem around Messenger and WhatsApp”.

He explained that WhatsApp “is still early on the monetisation side here, although we have started showing ads to a small number of people on Messenger. I want to see us move a little faster here, but I’m confident that we’re going to get this right over the long term.”