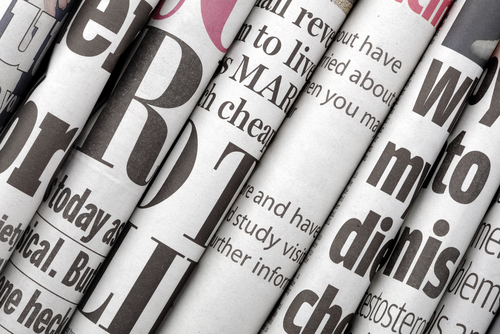 NewsDog, a China-based news aggregation app, outlined plans to use fresh investment to shore up its position in India’s digital content market, after becoming popular in the country.

The app company will invest $50 million invested by China-based internet giant Tencent in a Series C funding round to “solidify its position” in India, it said in a statement.

Yi Ma, co-founder and COO, explained the company’s expansion plans will focus on two aspects: “One is to create a more dynamic content platform for users by enriching localised experience by adding more regional languages. The other is to constantly buttress our technical capabilities in order to provide users with a more personalised experience.”

NewsDog said it uses machine learning to create a personalised content feed for users and believes the technology is pivotal in scaling content platforms in India.

Details on the company’s website show it signed up more than 50 million users since launching in March 2016. Data from App Annie revealed NewsDog is the top news app in the Google Play Store in India, while Sensor Tower found the app had 43 million installs and registered 76 per cent year-on-year growth in downloads during Q1 2018.

NewsDog covers ten languages in India and it offers a platform called WeMedia, which allows users to submit stories as well.

“Indian digital content industry is just getting started,” CEO and co-founder Forrest Chen said, explaining the multiple cultures and languages in the country make it “incredibly hard” to match content.

“So far, we have made good initial progress but content business is like an endless journey. There is no finish line, you have to just keep running,” he added.

DHVC, Legend Capital and DotC United Group were other investors in NewsDog’s Series C round.