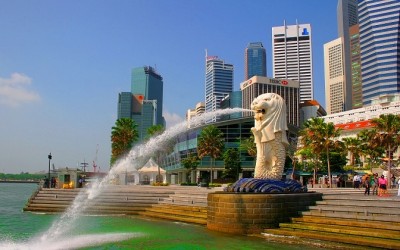 The Singapore government plans to regulate the likes of Uber and GrabTaxi as the practices of third-party taxi-booking apps come under scrutiny.

Reuters reported that the plans include capping fees and requiring the companies to only work with licensed taxis and drivers.

The app makers will be required to register with the Land Transport Authority (LTA), which oversees the planning and operations of Singapore’s land transport infrastructure.

The LTA said booking services will not be allowed to charge higher fees than the established taxi firms, with the new rules due to come into force during the second quarter of 2015.

Interest in taxi booking apps in Singapore has also been fuelled by the difficulty of finding taxis at peak hours and frequent tropical rain showers. The country is one of the most expensive in the world in which to own a car.

While Uber does have a service for licensed taxis, it also offers the higher-end UberExec and UberX cars, for which it partners with licensed limousine and rental car companies.

Uber told Reuters that as the new regulations only apply to taxis, its higher-end services should not be impacted.

GrabTaxi operates by locating taxis that are closest to users’ locations, which they can then book.

Southeast Asia has been identified by Uber as a region that can drive future growth for the business. The service was deployed in 12 Asian cities in 2013 — starting with Singapore.

Despite its growth and $18.2 billion valuation, Uber has been heavily criticised by a number of taxi driver groups for unfairly competing with their businesses.

Authorities in Germany, for example, tried to impose restrictions on the service, which recently led Uber to start working with licensed taxi drivers in the country.

Another taxi-booking app maker, Hailo, has also said it is aiming to grow in Asia, after exiting North America in October due to regulatory issues restricting its ability to compete with the likes of Uber and Lyft.

In contrast to Uber and GetTaxi, Hailo mainly works with the official taxi firms of metropolitan areas. It launched in Singapore just last month.

Hailo CEO Tom Barr said authorities in Asia “see more importance in how the taxi industry supports the citizenry”, resulting in “a friendlier environment to grow in”.