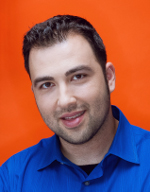 Making money from mobile apps can be a tricky business, as developers struggle to find the right business models to support the creation of compelling and engaging apps that people want to download.

In order to help address the challenges of discovery and revenue generation, a set of specialist companies have emerged, with one of the best known being Tapjoy. Starting as a mobile games developer, Tapjoy’s founders explored different business models before hitting on the idea of combining performance-based advertising with free-to-play apps.

The resulting platform allows developers to advertise titles either within other games or apps, or through other placements. In both cases, users are encouraged to interact with ads in return for premium content or app-related incentives.

The approach means developers can make their apps more visible and increase downloads, creating the opportunity to generate more revenue through in-app purchases. As consumers are encouraged to interact with ads, it also drives the number of ad impressions and the revenue developers generate.

Mobile Apps Briefing spoke to the company’s VP and GM for partnerships and strategic operations, Chris Akhavan (pictured), to find out how it is responding to industry trend and evolving the service it provides.

Responding to industry trends
The aggressive approach of larger gaming companies such as Gree, DeNA and Zynga is making app discovery more important than ever for smaller developers, as increasing competition drives up the cost of user acquisition.

A more significant trend for mobile monetisation players is the speed at which the mobile content market is evolving. This means there is a constant need to continue innovating and expanding their services so they remain relevant to developers, advertisers and consumers.

Tapjoy is working to address this by interacting directly with users. “Having a direct relationship with mobile app consumers is essential to Tapjoy’s ongoing success, and with over eleven million mobile consumers already registered, we’re seeing fantastic results and a lot of opportunity to create value for our users,” Akhavan noted.

The current emphasis on working directly with consumers is key to its efforts to drive user numbers. “As long as we continue to provide value and engagement to Tapjoy.com users, we’re confident that they’ll continue to sign up and return to the site regardless of which mobile device they use,” he said.

Keeping an eye on Asia
It has been widely acknowledged that Asia is growing in significance with regard to apps, with app marketing company Flurry stating that China could overtake the US as the most active app market as early as this year.

In order to address this growth, Tapjoy has deals in place with various companies in the region such as games developer CocoaChina, Android app store Gfan, and SK Planet, the apps and platforms spin-off of South Korea’s SK Telekom.

Akhavan said China, Japan and Korea are “critical markets” for apps and games, as they are home to top tier developers and consumers who engage heavily in mobile content.

“We recognised early on that the only way to succeed in Asia is through a top notch, experienced local team, and through partnerships with established local players who have operated in these markets for many years. Our approach has led to rapid growth in the region for our business thus far,” he explained.

Getting a foothold in these markets hasn’t been without challenges for the US-based company. A lot of work has also gone into building awareness of the brand in regions where the company has previously had no presence.

Providing local support to developers is another important approach. The recently-launched Asia Fund backs free-to-play games developers in the region, helping them build and distribute their apps. The titles that have been funded so far are due to come to market in the next few months.

Asia isn’t the only part of the world where there is potential to expand. “Asia and Europe will certainly continue to be top priorities, but we’re also excited about the potential in markets like Latin America and the Middle East,” Akhavan said.

Money where its mouth is
When Android was first launched, the platform was faced with a hurdle: developers already working with iOS were reluctant to commit resources to the upstart OS without knowing whether they would be able to succeed by doing so. They needed a push to start putting resources in Android development.

Akhavan said that, believing Android would become a significant opportunity, Tapjoy created its Android Fund to provide financial resources to developers, to provide support in either porting existing iOS apps to the new platform or in building completely new apps that would be optimised for the Google OS.

“We’re happy with the results of this fund as we were able to bring 130 apps to the Android platform including Duke Nukem 3D, Overkill, and HTR High Tech Racing,” he said.

The future of mobile advertising
Akhavan said that what is being seen in mobile advertising currently is “more or less an extension” of what has been seen with the desktop browser experience. However, he believes that advertising on mobile devices will continue to evolve into “something that truly fits the medium”.

“Over the next few years, I expect to see mobile advertising delivered in a way that takes advantage of the unique ways in which consumers use mobile devices. In turn, mobile advertising performance will improve, and you’ll see more and more of an advertiser’s budget flowing into mobile,” he said.