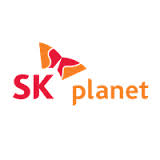 The acquisition is to be made via SK’s web services subsidiary, SK Planet, with Shopkick due to operate as an independent business, according to sources.

Shopkick awards users points (kicks) for entering a store while using the app or for scanning certain barcodes. Kicks can be redeemed for gift cards at retailers including Macy’s and Old Navy.

Shopkick last year tested its app in conjunction with beacons in several Macy’s stores, allowing retailers to detect when a smartphone with Bluetooth enabled is active in a store. This can be used to send information to customers about a particular section of a shop or to deliver coupons, and the programme is being expanded across the US.

SK Telecom mainly operates in its home country but is clearly looking to gain a foothold in the US. SK Planet’s chief executive Jinwoo So told The Wall Street Journal last year that the company would spend between $500 million and $1 billion to buy, invest in or develop US tech companies over the next three to five years.

The company’s first foray into the US was a $6 million investment in the company behind the Frankly mobile messaging app, which offers functionality similar to Snapchat.