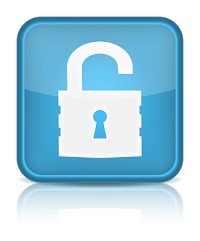 The number of mobile app security hacks have increased over the past year, according to research from app security provider Arxan Technologies.

A slightly lower proportion of the top 20 free apps were hacked, with Android coming in at 80 per cent and iOS on 75 per cent. The past three years have seen the level of hacking activity increase steadily for iOS.

In terms of categories, financial services, healthcare/medical and retail/merchant titles experienced widespread hacking, largely driven by Android apps, according to the report, which looked at 40 apps in each category.

Around 95 per cent Android financial apps reviewed were compromised compared to 70 per cent for iOS. The number of hacked Android titles in the category increased 80 per cent year-on-year.

In the retail/merchant category, 90 per cent of Android apps were compromised, compared to 35 per cent of iOS titles.

This was attributed to hackers targeting growth in B2C retail apps, as retailers launch mobile payment and wallet services, as well as B2B merchant point of sale apps.

The research also noted that 90 per cent of Android apps in the Healthcare/Medical category have been hacked, 22 per cent of which were approved by the US FDA. No figure was given for iOS.

Among other recommendations, Arxan said organisations should consider assessments to determine if existing apps are exposed to risks unique to mobile environments.