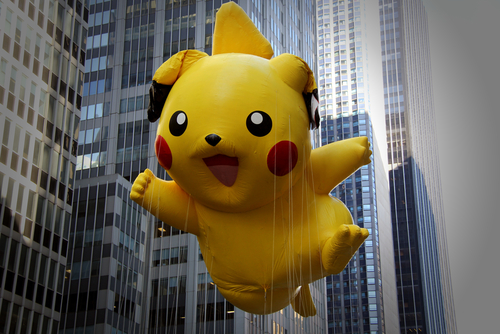 Niantic’s Pokemon Go grossed $85 million in revenue after being downloaded 8.86 million times worldwide during September, making it the strongest month for installs in 2018 so far, Sensor Tower reported.

The augmented reality game was number four on Sensor Tower’s September rankings of top earning apps, with the month’s revenue its highest since November 2017. The figure also represented a 15 per cent increase from August 2018 and an 89 per cent year-on-year increase on September 2017.

Sensor Tower stated the number of downloads in September “represents a 100 per cent increase year-over-year compared to September 2017.”

“Pokemon Go was able to finish out Q3 with its highest earnings since Q3 2016…the game has reached an estimated gross revenue of $2.01 billion worldwide, and has seen 522 million all-time downloads,” the company added.

Last month Niantic said tens of millions of people around the world were playing the game every month, with a 35 per cent increase in active usage since May.