Plan B for Opera after deal falls through - Mobile World Live

Plan B for Opera after deal falls through - Mobile World Live

Plan B for Opera after deal falls through 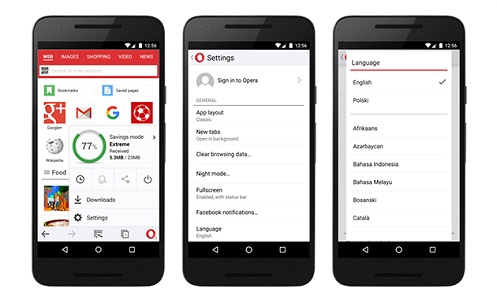 Opera Software said a previously announced full acquisition of the company had fallen through, and will instead look to move forward with a disposal of its consumer business.

Opera announced a $1.2 billion deal in February 2016 which would have seen it taken over by a consortium of Chinese buyers, including internet firms Kunlun and Qihoo. But, despite extensions from the buyers, conditions to close the deal were not met by the “drop dead” date of 15 July – last week Opera warned that it had not secured all regulatory approvals.

Kunlun, Qihoo and their financial partners are now set for a $600 million deal to acquire Opera’s consumer activities – namely its mobile browser, including operator co-branded versions; desktop browser; performance and privacy apps; technology licensing other than Opera TV; and its 29 per cent stake in Chinese ventaure nHorizon.

This will leave Opera Mediaworks, Apps & Games (including Bemobi) and Opera TV. Opera said that these activities are likely to see an adjusted EBITDA of $75 million to $90 million in 2016, an increase of between 2 per cent and 22 per cent year-on-year, on revenue of $570 million to $605 million, up 22 per cent to 30 per cent.

This deal is expected to close toward the end of the current quarter, although this is subject to conditions related to the reorganisation of Opera, government clearances, and Kunlun shareholder support. The drop-dead date for this deal is 31 October, although in certain circumstances this is automatically extended to 31 December.