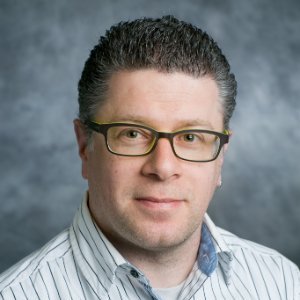 Eran Kinsbruner, mobile technical evangelist at the company (pictured), told Mobile World Live that “in order to meet user experience expectations in varying environment conditions, developers and testers needs to bring their end-user to their lab”.

With Wind Tunnel, developers can achieve this since they are getting the “exact” behaviours and environment linked to their test framework, allowing them to test, debug and analyse app behaviour, he explained.

Perfecto provides a detailed test analysis which includes data about the memory and CPU usage of the app, as well as other data points of interest which the tester can define.

Testers can also receive insights on the time it takes for a specific transaction to complete in any given environment.

The product also allows both developers and testers to collaborate throughout the software development lifecycle.

Developers can test across common scenarios such as degraded network conditions, conflicting apps and call interruptions. 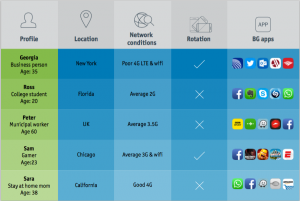 Some of the profiles include a 47-year-old “corporate road warrior” which Perfecto recommends for testing new Apple products; a 20-year-old college student whose testing requirements include mobile browsers as well as native apps; and a 30-year-old multimedia user for whom various screen sizes should be tested (click images to enlarge).

Developers will not need to change existing test scripts or build processes. Instead, they can apply real user conditions onto existing automated tests.

Back in June, CEO and founder Eran Yaniv told Mobile World Live he wants the company to go beyond mobile phones, not just to wearables but to the Internet of Things, perhaps even changing the name from Perfecto Mobile to Perfecto Digital.

The firm has twelve data centres around the world where developers have access to a controlled environment to test their apps.

“Think of putting a plane in a wind tunnel, making it rain, that kind of stuff. When you put an app in our environment you decide what device and operating software it will go on,” he said.

Perfecto Mobile: Putting apps through their own wind tunnel