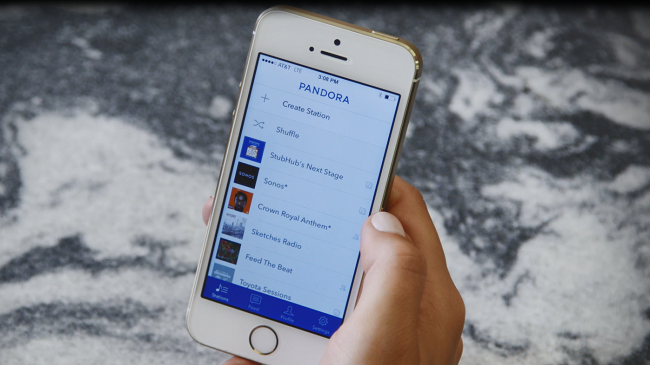 Music streaming app Pandora debuted a new $15 per month family plan, in a bid to better compete with its rivals and lure more paid subscribers.

The deal includes unlimited, ad-free access for up to six users and a new “Our Soundtrack” feature that offers a shared playlist for the group. It is open to both new and existing users; Pandora said the listener data associated with existing accounts will be preserved and automatically transferred to the joint plan.

The move comes as the company aims to grow its paid subscriber base and better compete with rivals Apple Music and Spotify, after its figures for active listeners and listening hours declined in Q1. Both competing services offer their own $15 per month group plans, with Apple Music offering access for up to six users and Spotify supporting up to five.

In an interview with CNBC, Pandora CEO Roger Lynch said paid subscriptions are the “fastest growing part of our business” but noted the company was “missing one of the big opportunities, which is these family plans”.

Though Lynch noted Pandora is the largest music streaming service in the US “by a long shot”, the company has a way to go to catch up to Apple Music and Spotify’s paid subscriber figures.