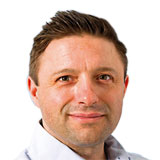 LIVE FROM MOBILE APP WORLD 2010: Shaun Gregory, Managing Director of O2 Media, used his keynote speech at today’s Mobile App World 2010 event to trumpet the potential for operators in delivering personalised content and apps to consumers, stating that “apps are the new battleground, and the gateway to personalisation.” At the heart of this was the somewhat Orwellian argument that: “we know everything about our customers – behaviour, interests, location, life stage, demographics.” And Gregory was also scornful of new media companies, and their opinion of their role in the value chain: “we have a really deep understanding of our relationship with customers. Certainly for Microsoft, Google and Yahoo, they kind of think they know who everyone is, but they don’t really know. And they don’t really have a relationship with customers,” he argued.

At the heart of Gregory’s argument was research which indicates that operators rank second only to family and friends in terms of customer trust, putting them in a strong position with regard to recommending and endorsing products and services – echoing comments from Nielsen yesterday, which indicate that customers are open to app recommendations from these players. However, a critical consideration is the need for privacy, which again is an issue where companies such as Facebook lose out. “Today if you look at the majority of our campaigns, each campaign has the opportunity for customers to opt out… unlike an Apple or a Facebook, we signpost where the exit is in very single campaign. The relationship we have with customers is one built on trust, and we are very open around privacy.”

What is leading the need for personalised content is massive fragmentation within the media ecosystem, as content providers new and old begin serving a distributed and diverse customer base worldwide. With this ecosystem only set to become more disparate, Gregory argued that: “there is a real role for technology, but a fantastic opportunity for operators.”  Customer usage profiles are changing, and “a mixture of data, particularly mobile data, sits centrally to people’s life now, rather than being on the periphery.” In order to drive interaction with this engaged customer base, apps need to be interactive, social, connected, practical and “safe.”

As an example of the benefits of personalisation, Gregory trumpeted a 30 percent response rate for an app campaign by UK bank NatWest, which saw the customer base segmented by location and ‘sort-code’ – so that active NatWest account holders could be targeted. He also made reference to an app created for drinks company Heineken which, despite the quality of the app, “didn’t go anywhere, because nobody told the consumers about it” – “delivering the app is where the game starts,” he argued. In terms of app discovery, “old media” was suggested as being an especially effective option: Gregory said that SMS messaging is a key tool, with subscribers “happy” to receive messages from operators, and 62 percent of customers reading messages from senders that they do not know within five minutes of receipt.

The role of mobile advertising in the media ecosystem will also become more central to campaign planning, compared with being “currently a bolt-on, or an adjacent.” Gregory also talked-up the role of the operator’s O2 Active portal, noting that in terms of usage “it is still big numbers, advertisers want to buy it, and we are selling it really well.”