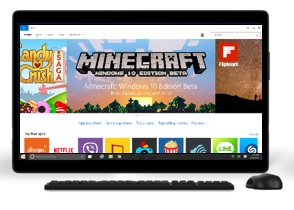 With the “app gap” having frequently been cited as one of the weaknesses of the computing giant’s Windows Phone platform, the intention was to shift with Windows 10 to a codebase that is common across device types, making it easier to target the smartphone platform.

But following Microsoft’s recent decision to restructure its mobile phone business, it is uncertain how Windows 10 will fare in the mobile phone space, particularly if other vendors are not quick to adopt it.

While Windows Phone has been available for licensing by other vendors, shipment volumes have been driven by Nokia and subsequently Microsoft, following its acquisition of the Nokia Devices & Services business.

At the time Microsoft made Windows 10 available for PCs and tablets, it was noted that no firm details have been given for a version targeting mobile phones (and it still hasn’t). This was seen as an indicator that the company had acknowledged its failure in the market, and focused resources on where its best chance of success lies.

But the issue is that the mobile phone has become the primary consumption method for many users, with companies building up billion dollar valuations for mobile apps without ever going near a desktop. Without a significant presence in this market, Microsoft’s universal apps strategy is weakened.

CNBC said that Andreas Rasmussen, managing partner at mobile development company Nodes, had said that “nobody is asking for a Windows app and that’s due to the market size alone”.

Without a strong mobile proposition, Android and iOS will remain the primary targets for app developers. And recognising this, Microsoft is looking to make it easier to bring apps developed for the rival platforms to Windows.

InfoWorld cited comments from Rob Sanfilippo, of Directions on Microsoft, who said: “Microsoft’s recent de-emphasis on Windows Phones has gutted the promise of Windows 10 Mobile, leaving the primary usefulness of universal applications – same app on desktop-laptop-tablet-and-phone – in question”.

However, CNBC also spoke to Outfit7, developer of the popular My Talking Tom app, which said that it has developed its first universal app and “we were able to save a lot of time in the development stage since its available on both Windows and Windows Phone platforms at once”.