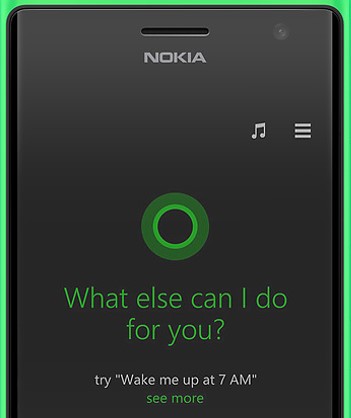 Microsoft is planning to expand its Siri equivalent Cortana beyond Windows phones to desktop via Windows 10, set to come out this autumn, as well as launch a standalone app for iOS and Android devices, Reuters has quoted sources as saying.

Microsoft is working to advance the digital assistant’s capabilities using research from an artificial intelligence project called ‘Einstein’ to enable it to anticipate users’ needs rather than just respond to requests through speech recognition, search and machine learning, the report added.

Eric Horvitz, managing director of Microsoft Research and part of the Einstein project, said: “This kind of technology, which can read and understand email, will play a central role in the next roll out of Cortana, which we are working on now for the fall timeframe.”

“We’re defining the competitive landscape… of who can provide the most supportive services that make life easier, keep track of things, that complement human memory in a way that helps us get things done,” he added.

Microsoft has not commented on the standalone app but the move would be in line with CEO Satya Nadella’s attempts to sell Microsoft software on various platforms, rather than restrict it to Windows.

Meanwhile, Google’s latest mobile app analyses billions of searches to predict, for instance, what a user is interested in, and Apple will be using Siri in new areas such as CarPlay and HomeKit platforms, as well as the Apple Watch.