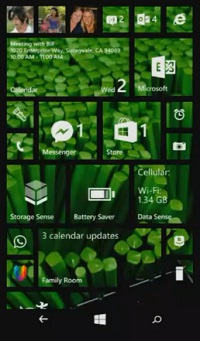 Microsoft unveiled a raft of developer tools with its Windows Phone 8.1 update, offering the ability to re-use code for apps across smartphones, tablets and PCs; supporting integration with the new Cortana digital assistant; and with improvements to the Windows app store.

In order to help developers target customers across multiple devices, the Windows runtime now works for all versions of the OS, meaning developers can use the same code to build universal Windows apps. Developers can use C#, C++, .NET, HTML and Javascript to build apps, which will adapt for different Windows devices.

An updated version of Visual Studio allows developers to “tune” apps so they are optimised for the different devices.

“We’re excited to be the first in the industry to make it easy to build apps that reach customers across all the devices where they spend their computing minutes,” David Treadwell, corporate VP of the operating systems group at Microsoft, told the audience at the Build developer conference.

Developers were invited to work with the Cortana digital assistant on Windows Phone 8.1, which uses natural language processing and is able to learn about users from their activity on the device.

“As we’re building up Cortana, we are making her smarter and smarter on the service back end but we’re also inviting you all to participate with that as well,” said Joe Belfiore, head of Windows Phone.

Cortana technology can be used in conjunction with third party apps, by the user stating the name of the app, before issuing a voice command. Users could tell Skype to dial a contact, check a friend’s Facebook feed, dictate a tweet or add content to their Hulu queue.

“When people start talking to their phone in natural language, we want to be able to use the natural language capabilities in the cloud to make your apps work better,” Belfiore added.

There have also been changes to the Windows Store for the 8.1 version of Windows Phone, with the introduction of shared app identities, which enable consumers to buy an app once and use it across all of their Windows devices. In-app purchases are also available across all platforms.

The update to the store is also aimed at helping developers better promote their content, with the ability to increase the size of tiles for app launches and personalised suggestions.

“We’re excited that this store experience will get more engagement for you and get more users running apps,” Belfiore said.

Microsoft also promised that apps developed for Windows Phone 8.1 will work on future versions of the OS. “We know that you’ve made huge investments in your apps and in your code, and you need to carry those investments forward,” Treadwell said.

Other improvements for developers include the streamlining of the cycle to build, test, debug and deploy apps, with Treadwell claiming the process to submit apps for Windows has been made 50 times faster.