Little luck for Lyft as it looks for buyers 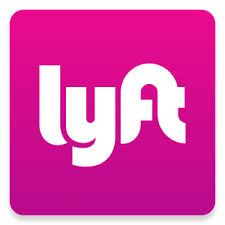 Ride sharing app company Lyft has been on the hunt for potential buyers, reportedly seeking as much as $9 billion, but has not made much progress.

It was linked to companies including General Motors, one of its largest investors, as well as Apple, Google, Amazon and rivals Uber and Didi Chuxing.

Uber said that if it was to bid it would not cough up more than $2 billion, according to Bloomberg. The report added that this may be “to downplay Lyft’s value to investors”, something Uber has done in the past.

Uber didn’t make a formal offer and CEO Travis Kalanick said privately he would not support such a deal for fear of intense scrutiny by regulators.

An investment from General Motors earlier this year valued Lyft at $5.5 billion, and the car manufacturer again suggested a similar price, but never made a formal offer.

Meanwhile, Didi is set to acquire Uber’s China business, which is likely to disrupt a deal it signed with Lyft, India’s Ola and Southeast Asian player GrabTaxi to scale up their services to compete against Uber.

Lyft is not profitable but it currently has $1.4 billion in cash, reports said, and consensus is that it should not have trouble operating independently in the meantime.

Back in November, private fundraising documents revealed Lyft lost $127 million in the first half of 2015 on $46.7 million in revenue. It was suggested that it was “burning through tens of millions of dollars a month” and “has repeatedly underperformed its own expectations”.

According to Re/code, July 2016 was a record month for Lyft, which enabled 13.9 million rides and saw more than 3 million monthly active passengers, up from 2 million in February.

The report said Lyft now delivers at least 250,000 rides per month in 17 markets, which pales in comparison to Uber, which recently hit its 100 millionth ride just in New York City.