HTML5 already beyond the hype 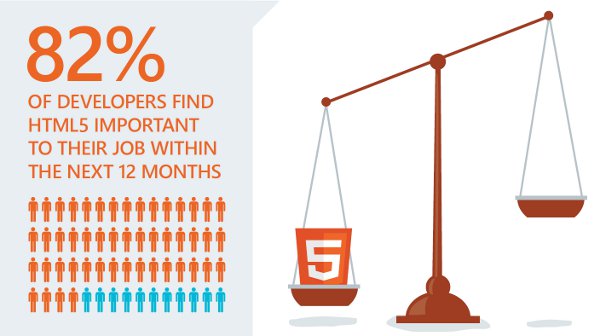 Developers have a clear idea of the benefits of HTML5 when compared to native apps – as well as the issues that need to be addressed – according to a survey by tools company Kendo UI.

Of more than 4,000 respondents to a Global Developer Survey which took place during September, 63 percent are already actively developing with HTML5, with another 31 percent planning to do so by the end of 2012.

Just 6 percent said they have no plans to work with the technology this year.

However, it seems Gartner’s forecast that widespread adoption of HTML5 is five to 10 years away is wide of the mark, with even developers who have no plans to use HTML5 in 2012 saying it will become more important for them in the next 12 to 24 months.

Half of developers (51 percent) said that they already regard HTML5 as important for their jobs, with an additional 31 percent saying it will be important in the next 12 months. Just 1 percent said they feel HTML5 will never be important to them.

The technology’s ability to compete with native apps and avoid the kind of fragmentation that has hindered previous generations of web standards has been questioned, but significant industry support combined with developer engagement suggests mass adoption of HTML5 is likely, Kendo UI said.

Developers are attracted to HTML5 due to familiarity with the language (72 percent) and cross platform support (62 percent), with performance, availability of tools, productivity and use of open standards also cited.

A fifth of respondents also said lower development costs were part of HTML5’s appeal. Forrester Research principal analyst Jeffrey Hammond previously said porting costs for moving HTML5-based apps onto a new operating system were between 50 and 70 percent of those for native apps.

Platform fragmentation is the biggest concern for developers around HTML5. On a scale of one to 10 (10 being the highest), 71 percent of developers rated their concerns about fragmentation at 6 or higher, with 14 percent giving a rating of 10.

Facebook’s decision to convert its iPhone app from HTML5 to native code doesn’t seem to have phased developers, with 73 percent saying the change had little-to-no effect on their attitude towards the technology. Indeed, only 52 percent of respondents were aware that Facebook was previously using HTML5 as the basis for its iOS app.