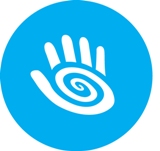 There seems to be little doubt that the mobile applications industry is booming, and is likely to continue to do so as it transitions from being a lucrative niche to a mass-market proposition, driven by the increased penetration of smartphones and their accompanying app stores.  For established application developers and publishers, many of which have been able to drive the development of this market, the potential to bring new products to a wider customer base is extremely appealing.

However, as the market reaches maturity, a number of established companies from other industry sectors are looking at the mobile apps market, whether to encourage loyalty or to provide a new sales channel for existing content and brands. For these players, the challenge is in actually mobilising their propositions and delivering the application to consumers, while maintaining the qualities and values created through their existing operations.

Handmark positions itself as “the world’s leading developer and distributor of mobile applications”, specialising in mobilising content for publishers and media companies. In addition to its app creation capabilities, it offers services related to distribution and commercialisation, working across a range of mobile platforms to deliver the widest reach for content. Geographically, it focuses on the United States and Europe “primarily”, but it also has applications that reach audiences in other territories.

The privately-held company uses a number of tools to generate revenue from its customers, although generally it uses a mixture of a fee for development and a revenue share of income earned from products.

When it comes to potential partners, it is the quality of the combination that is crucial, according to Evan Conway (pictured), EVP of Marketing, Ecommerce and Support, for the company. “The key for Handmark is to continue to find the right content and partners in order to build a large mobile audience.  We have great capabilities in developing, distributing, monetising and supporting ongoing innovation.  When combined with a great partner, this is a great recipe for success.”

A new opportunity for publishing
After announcing ambitions plans to “take more than 500 news publishers mobile in 2010”, the company has partnered with companies including business-to-business publisher Penton Media, newspaper London Evening Standard, and the sixth biggest newspaper in the US, the New York Daily News. It has seen an increased interest in mobile applications from potential partners in recent months, following a long and well documented decline in revenues from print media publications and a new mobile momentum created by products such as Apple’s iPad.

“More and more media brands and publishers are beginning to realise that mobile is not just a marketing tactic. It is a critical new medium they must embrace, not just to thrive, but to survive,” Conway says.

In the increasingly congested mobile application market, it is becoming more and more difficult for new products to gain visibility, especially as a number of existing brands look to move their content, products and services to the mobile arena, via a mobile application. While Conway says that without a “unique, well designed app” it is hard to get anywhere, a coherent marketing strategy is also essential.  “For example, the media brands and publishers we work with must have a plan for promoting their app in any print, online or other mediums where they already have an engaged audience,” he says.

The increased focus on media applications has also brought about the need for accurate audience measurement figures, a topic that it has already been noted has caused friction between the notoriously controlled operating model of Apple and the publishing community. In order to accurately target content and charge for advertising, publishers need to be able to tell how many people are looking at their content; and the greater the detail, the better.

In order to meet this demand, Handmark said it is working with ABCi, the interactive unit of North American body The Audit Bureau of Circulations, to provide detailed, audited mobile usage statistics for publishers and advertisers. “Advertisers and other industry players will demand results and our ability to prove success will be key.”

Complex ecosystem
For companies moving into the mobile apps market from another industry, there are a number of potential stumbling blocks and questions which need to be addressed in order to ensure that products are available to the widest, and most appropriate, customer base. While Apple’s iOS is seen as the leading platform for smartphone apps, for business users BlackBerry may prove a more appropriate choice, and Android and Symbian OS are also appealing for a consumer user base.

Conway also said that the proliferation of mobile application stores complicates the picture when bringing products to market. “It means we (and others) have to understand many different processes to efficiently work with many different stores. That being said, we hope more stores continue to open and become successful expanding the potential reach for our applications. Like with any type of shopping, choice is always good.  We see an opportunity for additional targeted app stores focused on specific consumer interests or demographic segments,” he says.

Own-brand and distribution activities
Handmark also has some own-brand activities, stating that its Pocket Express content aggregation and TweetCaster apps “continue to play a key role in our growth.” However, earlier in the year, Handmark spun-off its Astraware mobile games unit, in order to “streamline its business to focus on other strategic areas of mobile development and support.” Astraware was returned to the management of its original founders, and remains a preferred partner of Handmark.

“We chose to spin off Astraware to allow them to creatively focus on delivering to their core business of delivering entertaining mobile games.  While it continues to be an attractive business, Handmark is focused on being the leader in the mobile application marketplace.  It was a strategic move to provide more focus to both companies,” Conway says.

In addition, Handmark also has aggregation and distribution activities, which are intended to enable developers to get their products to a wider customer base, in return for a share of the revenue. The company says that it offers distribution through more than 50 store fronts and partnerships with major industry players, including mobile network operators and device vendors. Other services available include application testing and certification, and developer support.

But with prices for mobile applications already pressured, working with Handmark adds another partner to the mix, slimming already tight margins further. Conway argues: “Developers only come to Handmark when they believe that we can provide more than they can on their own.  We have dedicated personnel, existing relationships and mobile channel expertise that can provide great benefit to many developers.  In those cases, it is clearly worth it to share some of the revenue or they would not continue.”

He concludes: “Companies that build great products can find success.  That is always the starting point.  For some of those smaller companies, they will choose to work with Handmark in order to gain broader success in the marketplace.”

Previous ArticleIntel To Infineon and beyond!
Next ArticleMobile Pay System from Startup Uses Bar Codes as Alternative to NFC