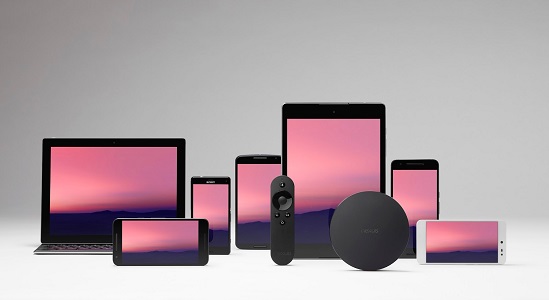 Google used its I/O 2016 developer event to highlight changes in the Android N platform, as well as updating on a number of its other products and tools.

The company said that in the latest release, it has focused on improvements in areas such as performance, security and productivity. “We set about designing and rewriting many fundamental aspects of how the system works,” Dave Burke, VP of engineering, said.

Google has already released a preview of Android N, and a beta version is now available to developers. “We want to share our work in progress with you as we build it, so we’ve more time for your feedback,” Burke said.

Among the changes coming in Android N is Vulkan, a “modern, 3D graphics API” which gives developers direct control of the GPU “to produce incredible graphics and compute performance”. And Burke also said that the updated Android N compiler “performs anything from 30 to 600 per cent faster on major CPU benchmarks”.

Google also talked about virtual reality in Android N, building on its earlier efforts in the market with Cardboard – 50 million cardboard enabled apps have been downloaded by users globally.

New in Android N is an optimised virtual reality mode, which forms part of a proposition called Daydream and includes a headset reference design and app distribution.

Clay Bavor, Google’s VR chief, pointed out that this makes up a core part of Android N, “so the entire ecosystem can benefit, and what that means for developers is that there are going to be a lot of Daydream-ready phones”. Named vendor partners are Alcatel, Asus, HTC, Huawei, LG, Samsung, Xiaomi and ZTE.

Creating instant apps requires some work from developers – although “this can take less than a day of work, depending on how your app is built”. Apps are modularised, and then only the parts that are needed are downloaded, offering “another on-ramp” for users.

It was noted that “this is a big change, so it’s going to take some time”. A small set of partners are involved to refine the experience, with access gradually expanded later this year.

Android Wear
Android Wear is seeing its “biggest platform update yet”, with David Singleton, VP of engineering, noting that “over the past two years, we’ve learned a lot about what people want and don’t want from a watch”.

The biggest change for developers is that apps can now be standalone, with direct network access via Bluetooth, Wi-Fi or cellular connection. This means that a full range of functionality will be offered even if a paired phone is away or turned off.

Watchfaces can also be updated to deliver data from any app directly to the screen.

A significant update has also come to the Firebase platform, which will “become a unified app platform for Android, iOS and mobile web development”. This also includes new analytics tools, which will give insights into what users do in an app, including how advertising campaigns are performing”.

Allo and Duo
Google also announced two of its own new apps, focused on communication.

Duo is a video calling app, which shows a live video stream before an incoming call is answered, and performs well “even on slow networks”.

“Duo is built by the team that created WebRTC, the open-source platform that now powers much of today’s mobile video communication. And we know this technology like no one else,” Erik Kay, engineering director, said.